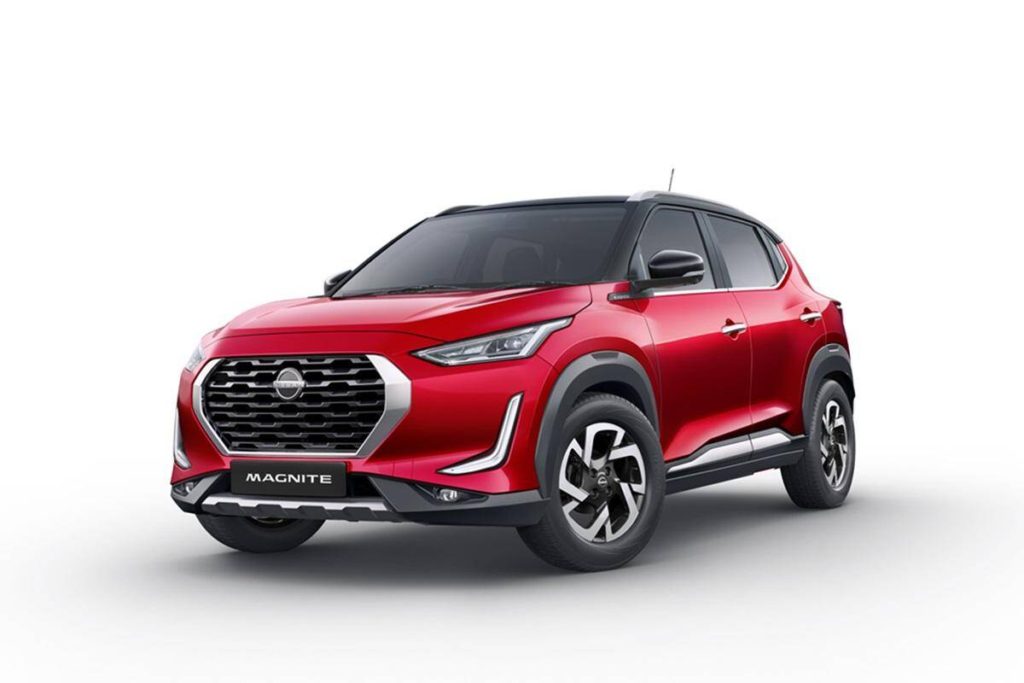 Nissan Magnite Variants: You can have the SUV in five variants: XE, XL, XV, XV Premium and XV Premium (O).

Nissan Magnite Seating Capacity: It comes in a 5-seater configuration.

Nissan Magnite Powertrains: The Magnite is a petrol-only SUV. It gets either the Renault Triber’s 1.0-litre naturally aspirated petrol engine (72PS/96Nm) or a new 1.0-litre turbo-petrol unit. While the former is mated to a 5-speed MT only, the latter can be had with either a 5-speed MT or CVT. It churns out 100PS and 160Nm (152Nm with the CVT gearbox).