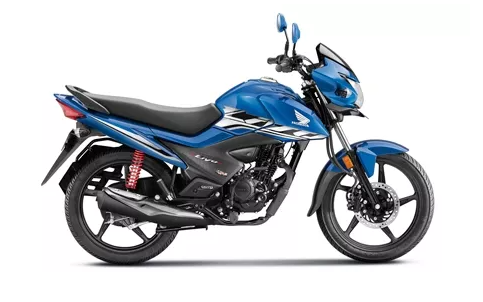 Honda Livo is a commuter bike available in 2 variants in india. Its lowest version starts from a price of ₹71,090 (ex-showroom) and the top version from a price of ₹75,230 (ex-showroom). Honda Livo generates 8.6 bhp of power and 9.30 nm of torque from its 109.51cc engine. Single cylinder engine of Livo has a 4 speed manual gearbox. Both rear and front brakes of Honda Livo are drum brakes. This 115 kg bike is available in 4 colours.

The Livo is Honda’s premium 100/110cc motorcycle. It is an aggressively designed motorcycle for the segment, with the tank extensions serving the purpose of making the bike appear larger than it actually is. The Livo offers tubeless tyres and six-spoke alloy wheels as standard while a front disc brake is offered as an optional extra. CBS is also an option both with the front drum as well as the front disc brake. CBS will soon become standard fitment.

The Livo is built around a diamond frame borrowed from the CB Twister. Powering the Livo is the tried and tested 110cc four-stroke single-cylinder engine that puts out 8.2bhp and 8.63Nm of torque through a four-speed transmission, and returns a company-claimed fuel efficiency of 74kmpl. The Livo rides on conventional telescopic front forks and spring loaded hydraulic rear suspension.

The Livo is available in five paint schemes – blue, black, grey, brown and red. Available in five variants, self-drum-alloy and self-disc-alloy with the option of CBS on each, the Livo competes with other 110cc commuter bikes like the Hero Passion X Pro, and TVS Victor. The Honda Livo is priced at Rs 58,000 onward (ex-showroom, Mumbai).