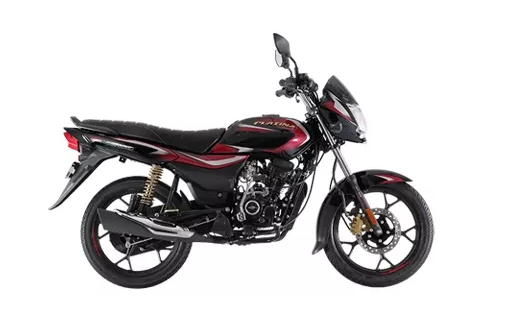 The Bajaj Platina 110 H-Gear is a premium commuter which is positioned above the Platina 100 in the bike maker’s portfolio. The former is a higher-spec version of the latter, with a five-speed gearbox which makes cruising on the highway a smoother affair.

The motorcycle follows a conventional design but gets a couple of first-in-class features like a semi-digital instrument cluster that apart from a trip meter, fuel gauge and odometer also gets a gear shift indication with a Gear Shift Guide. This feature advises the rider to either upshift or downshift, depending on the speed at which the bike is being ridden.

The motorcycle is powered by a 115cc single-cylinder with electronic injection that produces 8.44bhp of power and 9.81Nm of torque. Suspension duties are handled by telescopic forks up front and twin shocks at the rear. For braking, the motorcycle employs a disc up front and a drum at the rear along with combined braking system.