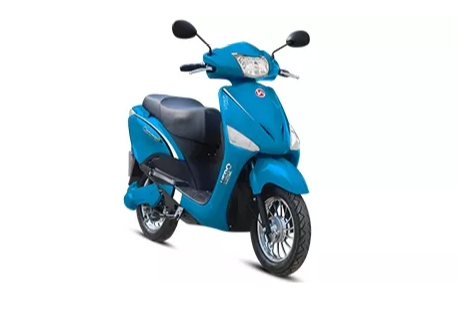 Get in touch with Hero Electric Dealer for best offers, test rides, EMI options, and much more.

Design-wise, all four variants follow the same form featuring a sleek design with a broad comfortable seat. The scooter is suspended by telescopic forks up front and dual shock absorbers at the rear. Braking is done by drum brakes at both ends.

Hero Electric offed the Optima in three colour shades Cyan, Matte Red and Matte Grey. The Optima series does not require registration and can be ridden without a number plate or a riding license.